“Joe” the Parasaurolophus lived around 75 million years ago, when North America was split into two halves by a shallow and warm inland sea. “Joe” inhabited what is now southern Utah, in an environment covered by lush, tropical vegetation. Slow-moving rivers meandered across the landscape, surrounded by floodplains smothered in dense plant cover. Crocodiles and turtles lived in abundance, alongside early birds, flying pterosaurs, lizards, snakes, small mammals, and many other vertebrate species. And, of course, dinosaurs! Meet a few of the other animals that shared the world with “Joe.” 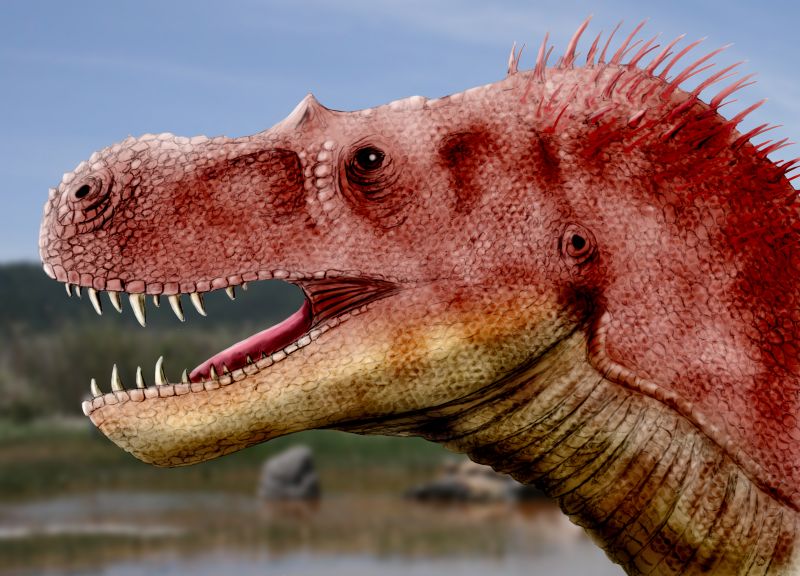 Teratophoneus, a cousin of Tyrannosaurus, was the largest predatory dinosaur in southern Utah at that time. Image by Nobu Tamura, CC-BY-SA 3.0. 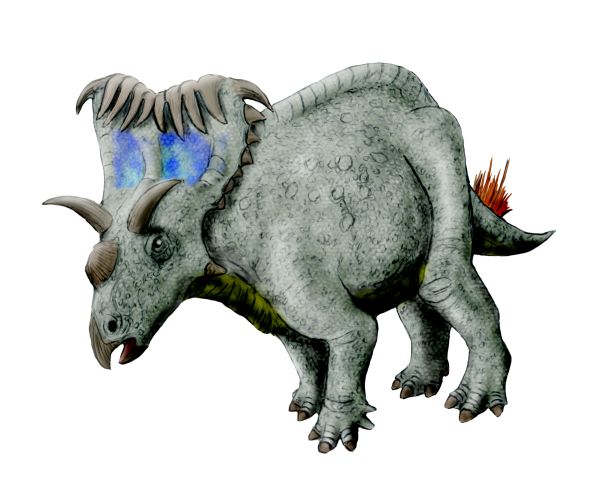 The many-horned Kosmoceratops was a plant-eater, a member of the same group including Triceratops. Image by Nobu Tamura, CC-BY-SA 3.0. 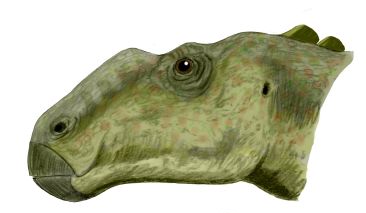 Gryposaurus was a duck-billed dinosaur just like “Joe”, but a member of a group that mostly lacked elaborate crests on top of their heads. Image by Nobu Tamura, CC-BY-SA 3.0.

Flying reptiles winged their way through the skies; because their bones are so fragile, few specimens are known from the Kaiparowits Formation. Image by Dmitry Bogdanov, in public domain.